In this parashah the sapphire twins are 'born' when they are divided and brought down, as it is written: “Moshe... began going down the mountain with the shnei luchot” in hand (two tablets of the covenant) (Ex 32:15).

The event is the culmination/fulfillment of the prophetic allusions that were seen in both Toldot and VaYeshev: “When it came time to give birth... there were twins in Her womb,” alluding to the Shechina and the giving of the luchot. The exact same phrase is repeated twice, in two entirely different portions of the Torah, involving two different women and two entirely different sets of twins. The unusual language that references the twins (becoming twins when it was time) is a reflection of the primordial division (duality) of the cosmic blueprint (two tablets) and that which it defined (the physical universe) and the two times the phrase/events occur, is a reflection of the two times that Moshe would actually bring down two different sets of twins. The numbers and sets of numbers attributed to the luchot in its volumetric measure and the number of degrees in its various angles equate to the number of letters in God's Explicit Name (216).

We will look more closely at this allusion in a moment. In the meantime, if you are new to this blog and have not yet read the essential constructs listed in the column to the right, please do so before proceeding. They explain some of the basic connections between the letters of God's Explicit Name and the multidimensional mathematic and geometric characteristics of the shnei luchot (two tablets) both in the divided state and combined cubic form, along with the internal geometry that casts a shadow known as a magen david. There is a special connection between the Name, the luchot and the geometry of the magen. The purpose of this blog is to show how they all connect and to reveal where the signature geometry is hidden in each week’s parashah. Once you are familiar with these constructs you can more fully appreciate each post.

The prophetic reference(s) to the giving of the luchot were hidden in the events pertaining to Rivka and Tamar (in Toldot and VaYeshev). The important point to remember is that the prophecy appears in the form of two sets of “twins” as well, like the luchot that are mathematic, geometric and substantive twins, a template for the "duality” of a universe with male and female aspects. 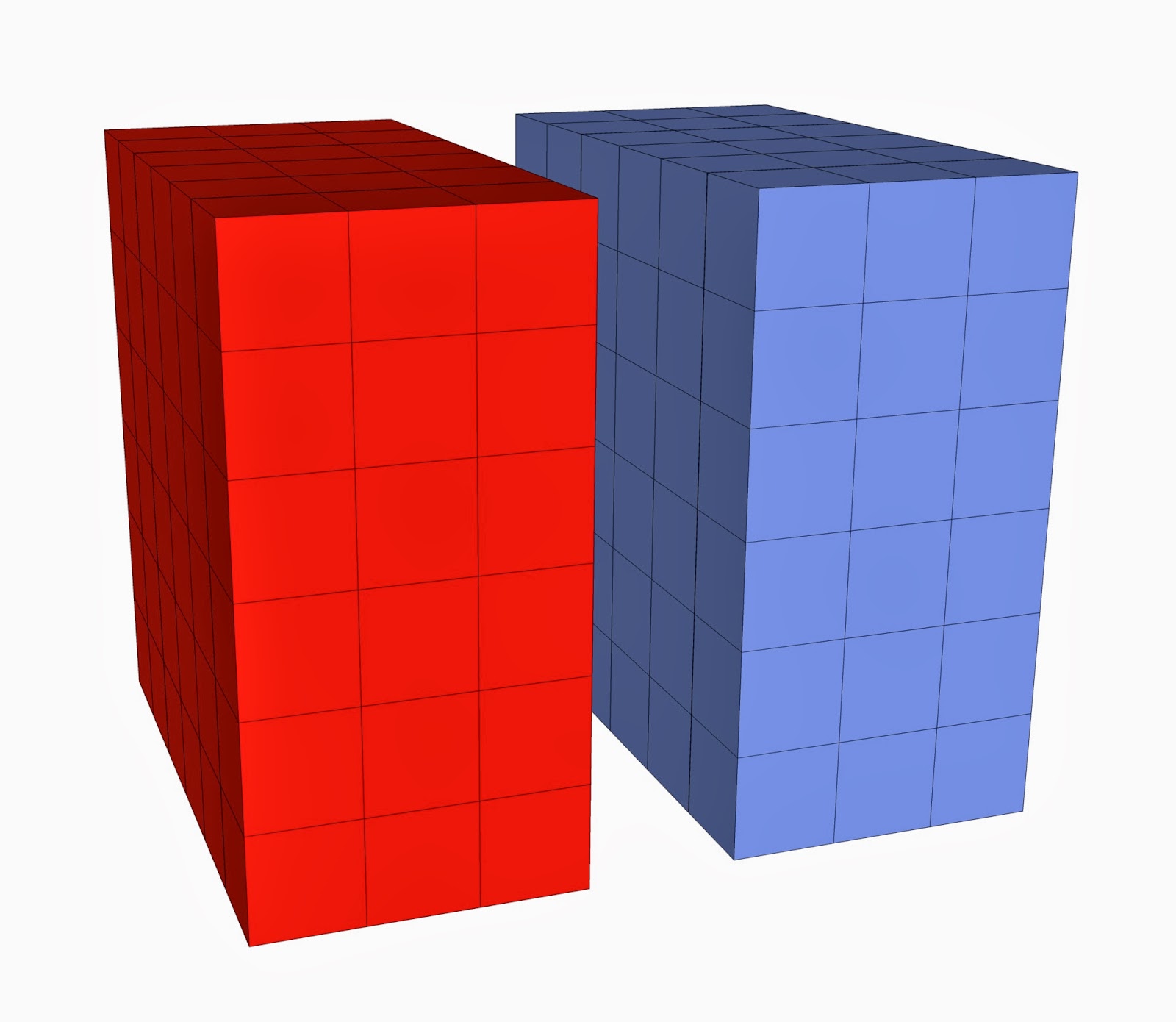 The people were not prepared to receive the first set and the two halves were destroyed. A second set was then brought down.

These two events involving the 10 commandments and the luchot, parallel the descent of the 10 sephirot. The tablets with the 10 commandments are shattered, but then brought back. Likewise, the 10 sephirot are shattered, but then brought back (as is known and discussed in numerous commentaries). The blueprint defines reality, and reality reflects the geometry of the luchot, all of which reflect the nature of the letters in God's Name and its abbreviated forms.

Each event is a reflection of it’s source above, which is the cosmic blueprint or cube [of creation] consisting of 5 opposing constructs (10: that are 5 male ~ 5 female) as explained and modeled in the post on string theory and the luchot. The primordial (Torah) luchot before division, was not just 'a cube,' but the cube [of creation] or what we generally refer to as the combined cubic form of the luchot. The tablets are mathematically and geometrically defined by the 216 letters of God's Name (as seen in its volumetric measure of 216 cubic handbreadths; 216 elements/angles; 2,160 degrees etc) regardless of whether they are perceived in their combined cubic form (as they were above) or their divided state (as they are below). In their combined cubic form they are also referred to as the cube [of metatron] the mem-tet angel. The word 'MeTRon' means to measure (or 'to judge'). It is the origin of the word 'MeTRic,' a system of measurement as well as a unit of measurement that is also found in words like MeTRonome, which is a device that signifies the passage of time (used by musicians for keeping time). In English, the word MeasuRe has an 'S,' but the origin of the word and its letters are the same: MeTRon.

RAMBAM (Rabbi Moshe Maimonides) in his “Guide for the Perplexed,” Ch. 5 on Verse 24:10 of Exodus, points out that (prior to the division of the luchot) those who had gone up with Moshe “...saw the God of Israel and  [something] ...under His Feet,” rather than simply saying that “they saw the God of Israel.” Why? According to Maimonides, this comes to explain that while they were able “to see” [the sapphire cube] as “something,” they failed to describe [to understand, perceive, comprehend or delve into its significance]. This opinion has a number of fascinating implications worth pondering in light of the information advanced in such posts as the primordial torah; the measured speed of light and string theory and the luchot (mentioned above).

Maimonides then asserts and admonishes the reader: “How much more is it incumbent on us...” (having the benefit of hindsight) that we “...persevere in perfecting our knowledge of the elements,” which is further clarified in: “the principle part [to which he was referring] which is what “...was under His feet [the] 'paved work' of a sapphire stone,” (Ex 24:10) the 'paved work' alluding to the plan or path, literally "written in stone" (the geometry of the stones) established by the letters of the Name that (again literally) define the geometry of the 'sapphire cube.' The gematria or mathematic sum of the letters in “HaEvanim” (heh-aleph-bet-nun-yud-mem) which is the Hebrew phrase for “the stones,” is 108. This is, once again, the volumetric measure for each of the stones/luchot. The phrase is invariably mentioned twice (as demonstrated in the post on Parashah Eikev) alluding to the two sets of tablets that were brought down twice.

Each cubic handbreadth of the original undivided cube of 'stone' (with a total of 216) corresponds mathematically to a letter of the Name (216 letters) but each handbreadth further consists of 5 "elements” (a hand having 5 fingers). These 5 elements are like a geometric extension of each letter corresponding to each cubic handbreadth. There are “twenty-two basic forms of energy (represented by the letters) associated with any given 'hand' and we are told (in sefer yetzirah) that the divine law "engraved them in voice, carved them in breath and placed them in the mouth in five places: the throat, palate, tongue, teeth and lips.” This is how man creates (as in the words he speaks). How did God create? He spoke the world into existence. Speech is sound, and sound consists of vibration or oscillation as in vibrating strands of energy, in particular those associated with 22 specific letters. The 5 string theories as they relate to the 5 'elements of each 'Hand' (insofar as the 216 cubic handbreadths associated with each of the 216 letters are concerned).

In contemplating man's participation as co-creator, it should be remembered that 'man is created in the image of God.' When we speak, we make use of 4 places in the mouth, opposite 4 in the throat that combine to control the flow of air (4 opposite 4 like the letters of the Name yud-key-vav-key opposite the 4 letters of the Name aleph-dalet-nun-yud). Moreover, there are 4 specific letters of one type involved (the Gutterals: אחהע) opposite 4 of another (the Palatals: גיכק) as is known (the ARI). The gematria of the first set is 84 and the gematria of the second set is 133, the total being 217. The ARI points out that when you subtract one unit for the whole, the result is 216, adding that this is 3 x 72 (Hashem Hameforash / the Explicit Name) which gives rise to the remaining "3" phonetic groups (the Dentals, Labials and Sibilants). The primal (abbreviated) form of the Explicit Name thus expands to the full form, as creation progresses. There is of course much more to the allusion and its implications.

The greater the awareness we have of God’s Name, the easier it is to properly create. The alternative is to improperly create (which on a certain level) is the same as using God’s Name in vain. In failing to comprehend the 'something' that was seen under the throne, or even trying to comprehend it, all of those who were with Moshe, could see only that “under His feet was ‘something’ like a sapphire stone,” never really describing it or recognizing its significance. Something. In the works of our sages like Maimonides, the Maharal and the Vilna Gaon, we can see this mistake was later rectified (as demonstrated in posts like the Four Species and God's Name and The Eight Dimensions. In the works of Maimonides, in particular, we see this in his admonishment to the people as well, where it is explained that it is incumbent on us to (essentially follow in his footsteps and) describe what we see around us in terms of God's Name.
Posted by David at 7:05 PM No comments: