The Speed of Light

You may remember from the post on the Primordial Torah, that the radius of the sun is a function of the 216 letters, which are the cosmic/mathematic 'root' of 432,000 (the measure of its radius in miles). It should be remembered that the cube of creation (combined cubic form of the luchot) has a volumetric measure of 216 cubic handbreadths, and that it was brought down twice, the total volume being 432 cubic handbreadths graphically depicted (again to refresh your memory) below. 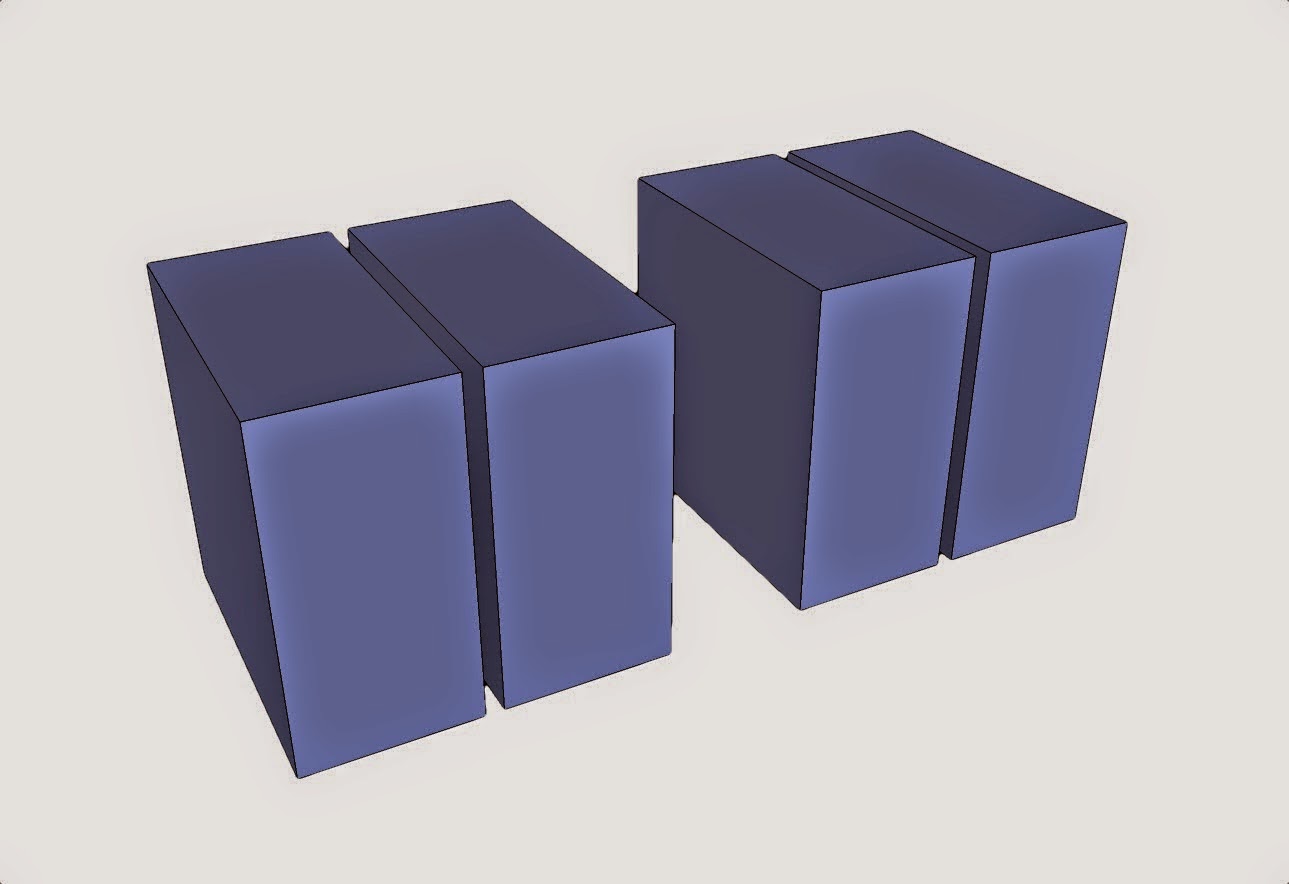 It just happens that the speed of light is almost exactly 216 + 216 (or 432) squared, as the speed of light is 186,282 miles per second through a vacuum (we'll explain why its not exactly 432 squared in a moment). It should be emphasized however, that light slows down when passing through a denser substance, like the earth's atmosphere; even more through water, or a diamond. The denser the substance, the slower the speed.

We usually think of the vacuum of space as having no substance, and thus we consider the maximum speed of light to be 186,282 miles per second. However, as known in physics, the vacuum of space is actually a false vacuum (not a true vacuum) because it too has a form of 'substance' by virtue of, for example, dark matter, the Higgs (Boson) Field etc.

Theoretically the speed of light should be even faster without this ’substance’ acting upon it. Indeed, before creation, there was no 'false vacuum' of space, and so the primordial light of creation (Ohr HaGanuz [the pure hidden light]) would have been capable of even greater speed. For lack of any recognized term, I call this greater speed, the 'absolute true speed of light' and would suggest that this absolute speed (of primordial light) is exactly 216 + 216 or 432 squared, which is 186,624 miles per second. The diminished speed through a ‘false vacuum’ (which is currently measured at 186,282 miles per second) is a relatively scant 342 miles per second slower).

The bottom line is that the speed of light in a "vacuum" is within .001% (one thousandth of a percent) of the true speed of light, which is a 'specification' established by the Creator in the combined cubic form of the luchot. If this is in fact the case, it means that the currently accepted speed, is a mere fraction-of-a-fraction of one percent (1%) less than the absolute (true) speed of light through a true vacuum, as would be the case with the primordial light before creation. The implication is fascinating. Not only do we see the radius of the sun (432 thousand) as a function of the 216 letters in the Name, and the measure of the luchot (2 x 216 = 432), but now also the light that it ultimately emits: 216 + 216 or 432 squared, less a very small percent attributed to the denser medium of space.

We generally look for a "second witness" in such matters, and indeed, as it turns out, the primary four-letter (abbreviated form of the) Name known as the Tetragrammaton, also alludes to the speed of light. The gematria of each of its letters: yud (10) heh (5) vav (6) heh (5) when squared (as the 432 above was squared) is equal to 186 which is the speed of light expressed in thousands of miles per second. Take a moment to contemplate the implications.

When God said... "Let there be Light," it was in essence His Name entering the vacated space, giving light to that which was being created.

Two cubes, and specifically two cubes measuring one-cubit-cubed (6 x 6 x 6 handbreadths) is a mathematic theme that is found throughout the Torah, as well as time and space (physics). A few Torah examples that allude to 'light' in the broader sense:

The Two Luchot Brought Down Twice
(Light to the World) 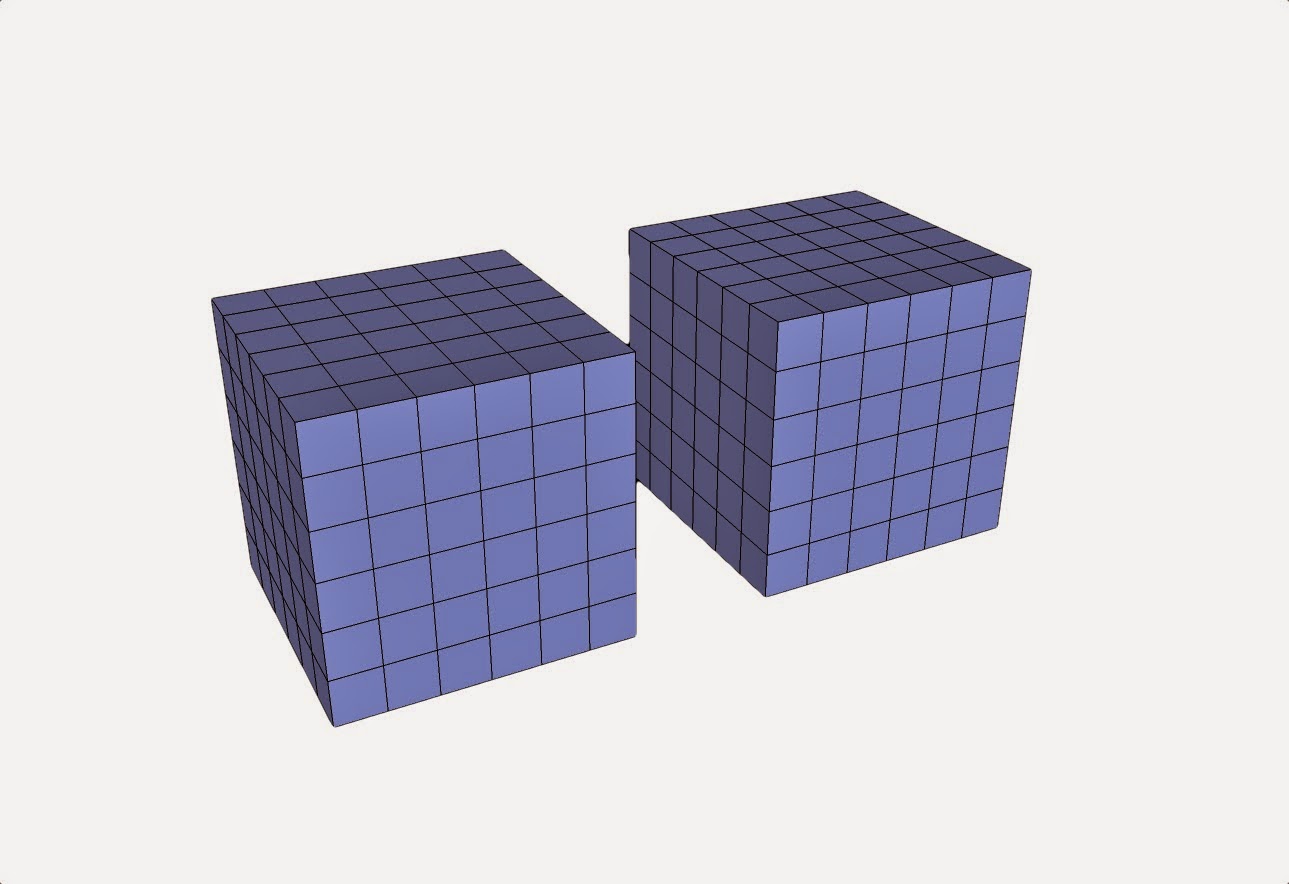 Proximity to (or Knowledge of) God's Name is:
The Ultimate "Light" of Human Consciousness 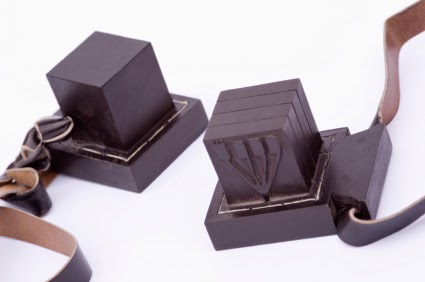 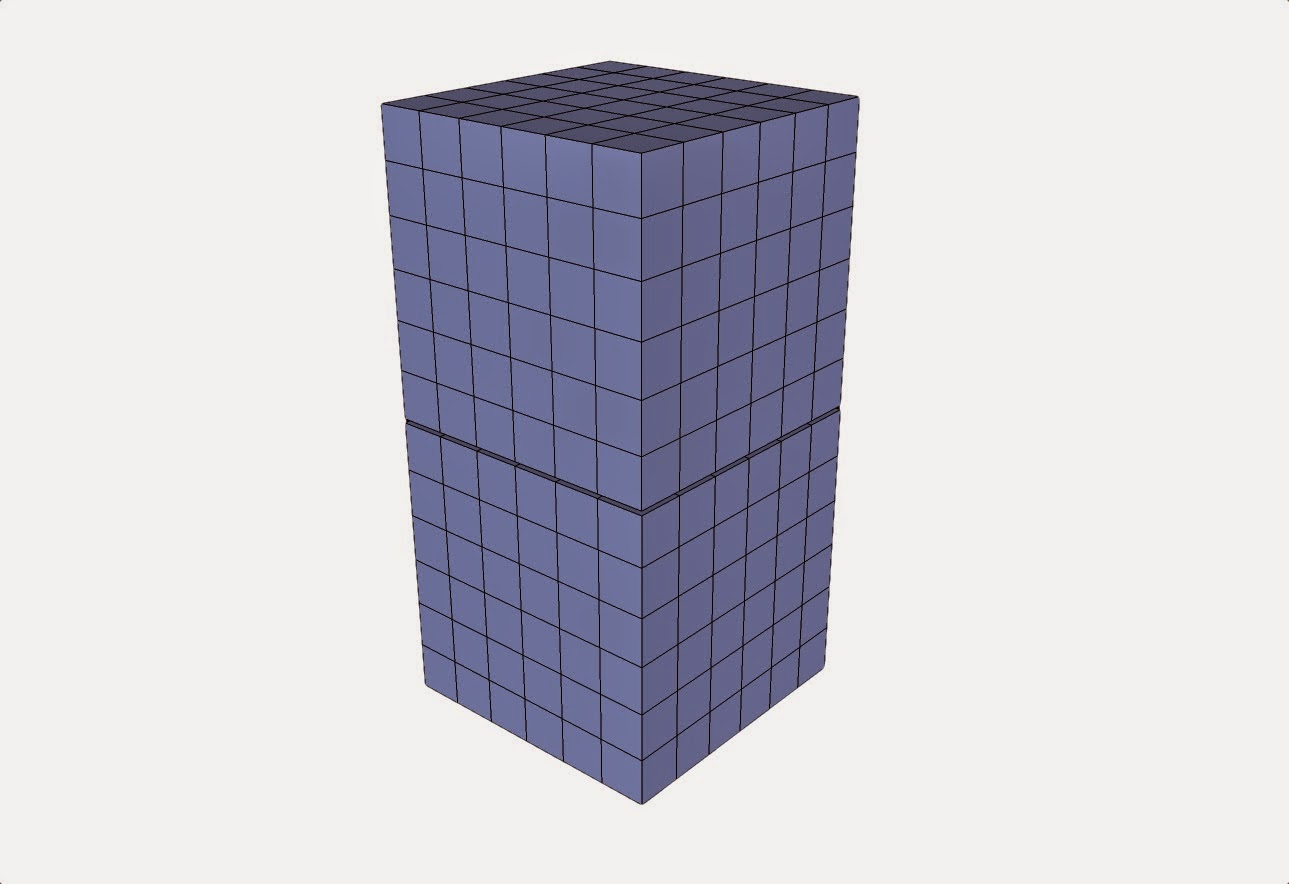 Each of these models is a mathematic reflection of a primordial archetype that finds its origin in the letters of the Name that are literally the underlying energy of creation: (216 + 216) squared being equal to the speed of primordial light by which the universe came into existence (see also the post on the physics of the E8 Lattice).

In addition to the above, it should be mentioned that there are 343 points of intersection between each linear handbreadth in the measured geometry of the cube (7 x 7 x 7 = 343) as shown in numerous posts. If you subtract this number from the absolute speed of light (186,624 miles per second using the units of the imperial system of measurement) defined by the "foundation stone" (evan shetiyah) "measured" by the letters of the Name (216 + 216 or 432 squared) the result is the currently measured speed of light through a vacuum, which is 186,281 miles per second, before being rounded to 186,282. This is accurate to within .000001%.

Is there a third witness?

The speed (of light) can also be expressed in metric as 1080 million kilometers per hour, which is 1.08 x 10 to the 9th power (also expressed as 108 times 10 to the 7th power). The connection these particular measurements have to the number of halaqim (parts) of an hour (1080) known to the sages of Israel; as they relate to the radius of the moon (1080 miles) and the volume of the earth (108 times 10 to the 10th power) should not go unnoticed, nor should its connection to a much larger reality hidden in the measured volume of the shnei luchot (two tablets of the covenant) where each tablet is 108 cubic handbreadths, all conforming to the template established by the letters of God's Name as demonstrated in the post on the primordial torah. This should be contemplated very carefully.

Interestingly, just as the speed of light is a function of the signature geometry, so too is its energy. To understand how its energy equates to the measure of the stone and the letters of the Name, understand that a photon is a type of elementary particle (the particle being a) quantum of the electromagnetic field including electromagnetic radiation. Planck’s constant (one of the primary constants in the universe) is the quantum of action that connects energy carried by a photon to its frequency (a photon's energy is equal to its frequency multiplied by the Planck constant). With ordinary light, the energy in a mol of photons is computed by multiplying the photon energy by the Avogadro constant.

The result happens to be 216 kJ/mol (kilojoules per mol). One physicist (alluding to Sir Isaac Newton) innocently noted that this was roughly equivalent to the food energy in three apples (with each of the 3 apples being 72). We assume the physicist was unfamiliar with the letters of God’s Name.

Once you have a handle on the connection between the mathematic "measure" of light above, think about the Midrash (Bereishit Rabbah 3:4) where it says that "God wrapped Himself in light as with a garment." Just as clothing takes on the shape of the person wearing the clothes, so too, the primordial light of creation, and the resulting 'ordinary light' that we perceive with our eyes, both took on the characteristics of its Creators Name!

The next essential construct pertains to: Noah, the Ark, and the 216 Letters.